Gupta has recently been on the ‘best dressed’ lists across the globe for his recent placement at the Oscars on Megan Thee Stallion. He has also dressed new-age rapper Cardi-B, Emmy award winner Jennifer Hudson, Netflix star Chrishell Stause and more. Currently the brand is on the verge of global expansion in full strength.

The gown was almost architected on Catrinel; pure-artistic couture. The colour captures the iridescence of the Abalone. And the shell is engineered with Gaurav’s indigenous sculpting technique; a fluid sculpture constructed to move with an anatomical form rhythmically. The gown features a dramatic leg-baring slit overlaid with a multilayered bustle. It is generously adorned with precious glass beads that are intricately hand-embroidered all over. The gown took over 1100 man-hours to make. 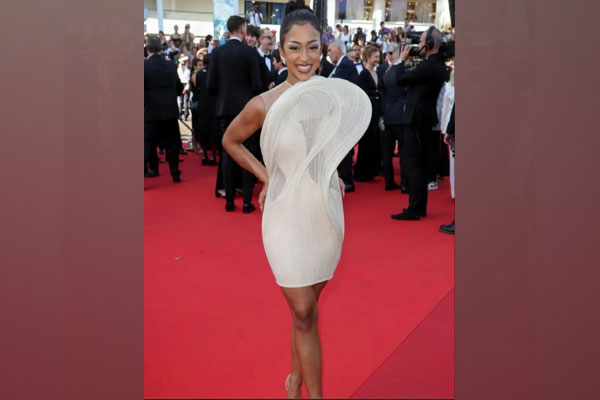 She wears an iconic sculpture dress from the designer’s couture Archives. A three-dimensional wearable art piece in our indigenous craft. 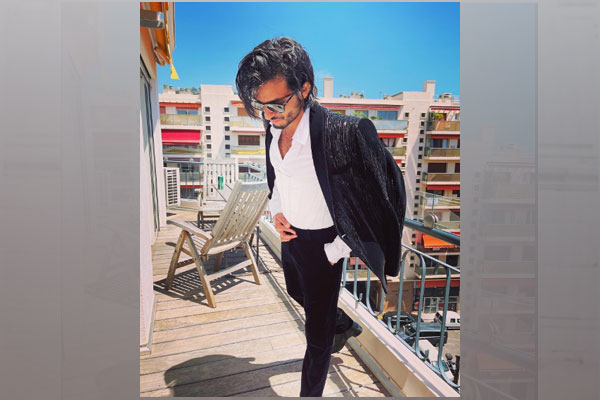 The Lead actor of the upcoming film ‘Boy from Heaven’, Mehdi Dehbi, known for the title role in Netflix series; Messiah, at the Cannes Film Festival 2022 wore this Gupta futuristic classic velvet Tuxedo dripping in dark iridescent glass beads with angular cut pocket flaps and a velvet shawl for his film premier.

The Belgian actor wore an exclusive look from the Gaurav Gupta Man collection. The stylists, Zadrian and Sarah, paired the Stellar Tuxedo with a white waist corset and shirt. 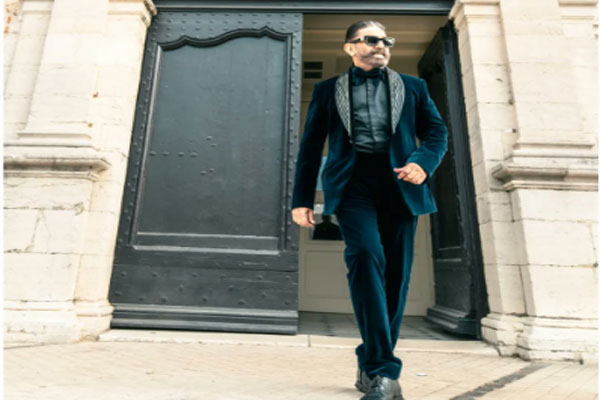 The Veteran Indian actor, director, and producer; Kamal Hassan wore an exclusive Gaurav Gupta Man look for the NFT launch of his film ‘Vikram’ among the global film fraternity. He exuded understated glamour; in the classic tuxedo engineered in black velvet with a metallic three-dimensional drape sculpted on the lapel.