Mumbai: Popular Bollywood singer Kanika Kapoor has tied the knot with London- based businessman Gautam Hathiramani on May 20. The pictures from their wedding are going viral on social media.

In the pictures, Kanika is seen wearing a pastel colour lehenga while Gautam complemented the bride with the pastel colour sherwani with a turban. For her special day, the ‘Baby Doll’ fame looked stunning in pastel pink heavy embroidered lehenga paired with choker necklace, mangtika and bangles. 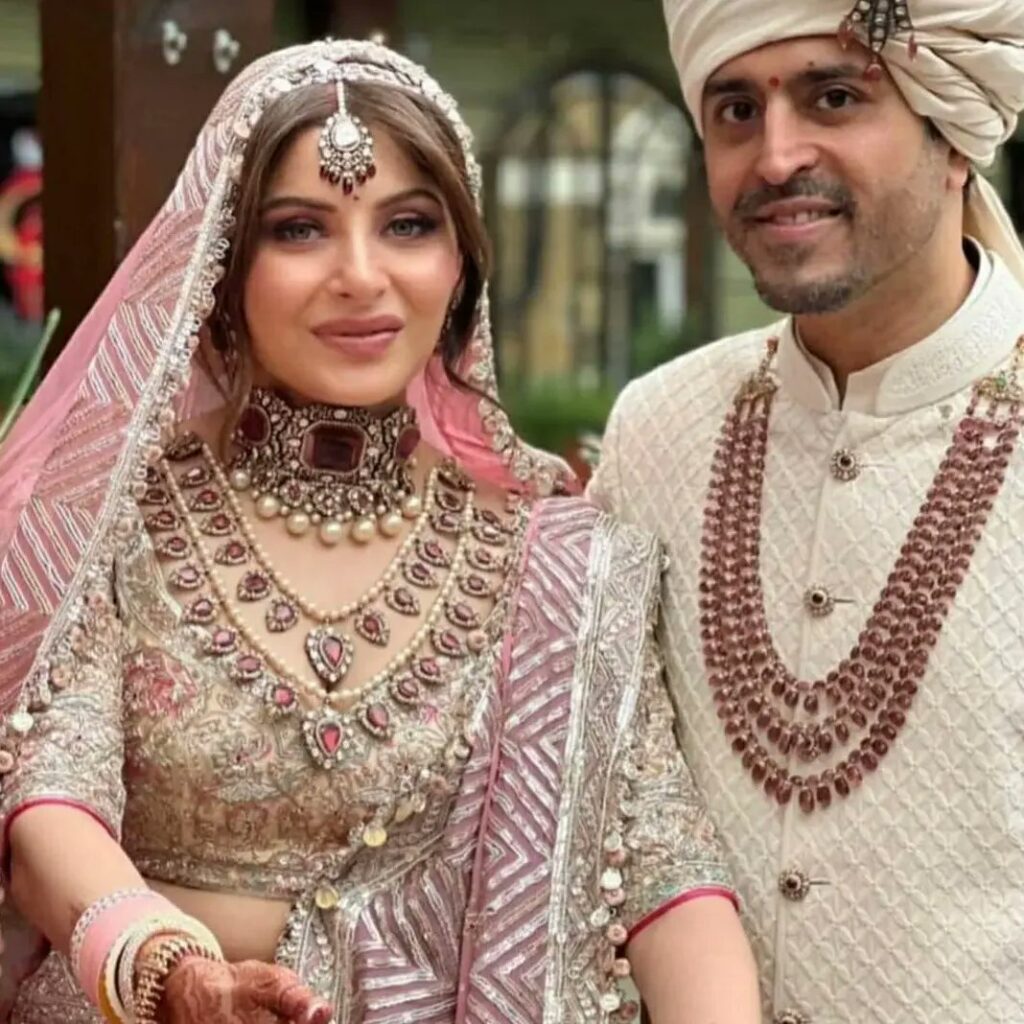 Earlier Kanika has shared pictures from their Mehendi ceremony on her Instagram profile. She was dressed in a mint green lehenga, decked up with flowers. She captioned the picture: “G, I love you so much”.

During the Haldi ceremony, Gautam was seen wearing white traditional wear and Kanika looked stunning in her silver lehenga.

In their wedding video, Kanika can be seen walking the aisle under phoolon ki chaadar. Later, they performed the varmala ceremony.

Kanika was earlier married to Raj Chandok, with whom she has three kids Aayana, Samara and Yuvraj. They got separated in 2012. As per the reports Kanika and Gautam were dating each other for almost a year.

(Except for the headline, this story has not been edited by Sambad English staff and is published from a syndicated feed.)