Demystifier: What Is The Debate Around The Gyanvapi Mosque In UP?

The Gyanvapi Mosque is currently being litigated, located next to the Kashi Vishwanath Temple in Varanasi. A civil court in Varanasi issued an order on Thursday directing the Archaeological Survey of India to conduct a “holistic archaeological survey” of the Kashi Vishwanath Temple-Gyanvapi Masjid after lawyers for the Hindu petitioners stated that a Shivling was discovered Monday during a court-ordered videography survey. 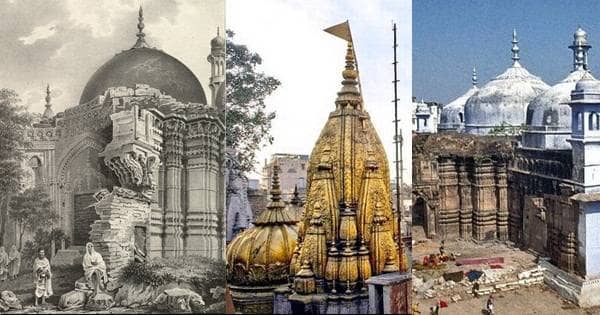 Banaras, Uttar Pradesh, is home to the Gyanvapi Mosque. Aurangzeb built it in 1669 after demolishing an older Shiva temple, known as the Vishveshwar temple constructed by Banaras’ most-famous Brahmin family.

Aurangzeb ordered the temple’s demolition around 1669 and commissioned the construction of the Gyanvapi mosque within the place. The temple’s slab was primarily preserved and serves as the mosque’s courtyard; the southern wall, with its pointed arches, exterior mouldings, and toranas, was converted into the Qibla wall.

The history of the site has been heavily debated by the local Hindu and Muslim populations. According to the Hindu claims, the original temple was destroyed by Qutb al-Din Aibak in 1193/1194 CE, following the defeat of Raja Jayachandra of Kannauj; the Razia Mosque was built in its place a few years later. During the reign of Iltutmish (1211–1266 CE), the temple was rebuilt by a Gujarati merchant, only to be demolished by Hussain Shah Sharqi (1447–1458) or Sikandar Lodhi (1489–1517). During Akbar’s reign, Raja Man Singh had the temple rebuilt, but it was destroyed again by Aurangzeb’s religious extremism. 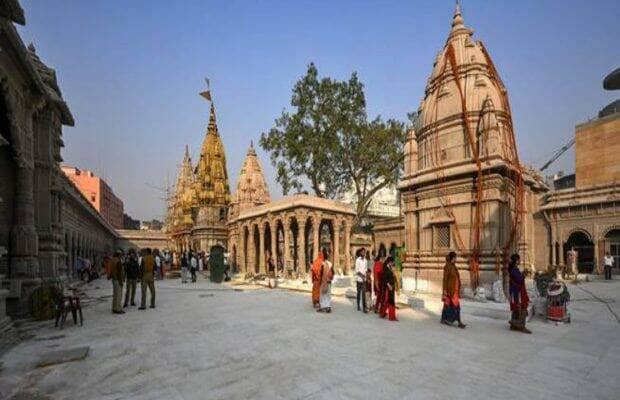 The majority of the city’s Muslims reject the notions produced by scholarly, Hindu, and Colonial accounts.

Various theories are advanced instead: (a) the original building was never a temple but a structure of the Din-i Ilahi faith that was destroyed as a consequence of Aurangzeb’s hatred of Akbar’s “heretical” thought school, (b) the original building was indeed a temple but destroyed by Jnan Chand (a Hindu) as a matter of fact of the priest having looted and violated one of his female relatives, and (c) Aurangzeb destroyed the temple because it served as a focal point of political rebellion—all of which point to Aurangzeb not destroying the temple for religious zealotry. 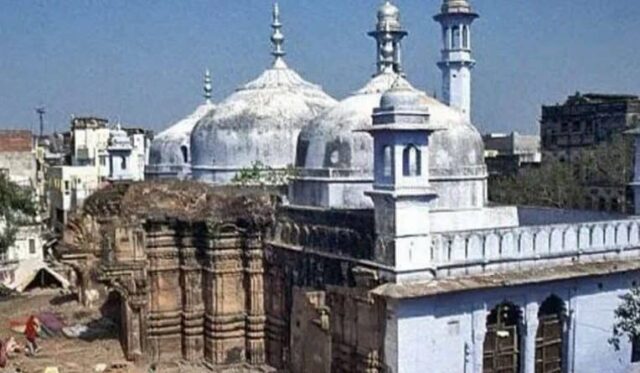 Also Read: Disgust In Hindus And Shame In Muslims Can Be The Reason Why Both Communities Take To Communal Violence

Some argue that the Gyanvapi was built long before Aurangzeb’s reign, or that the temple was demolished as a result of a communal riot in which Hindus must have played a significant role in provoking the Muslims.

A spokesperson for the mosque management committee denied the claim, telling a television station that the object was part of a “fountain.” He claimed that lawyers for the mosque committee were not completely heard before the sealing warrant was made.

According to the Hindu side, the ‘Shivling’ was discovered near the ‘Wazookhana,’ a small water source used by Muslim devotees to perform religious rites ablutions before offering the Namaz. 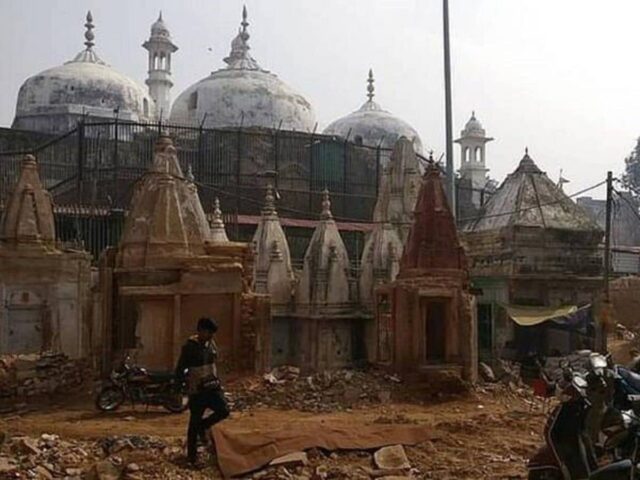 The alleged discovery on the final day of the survey reignited the mandir-masjid debate surrounding the Gyanvapi mosque-Shringar Gauri complex, which is located near the iconic Kashi Vishwanath temple.

Five Delhi-based women have petitioned for permission to carry out daily worship of Hindu deities whose idols are located on the external wall of the Gyanvapi Mosque.

The court formed a commission to survey and videotape the basements of the Gyanvapi-Gauri Shringar complex and requested a report by May 10.

The survey was halted due to objections from the mosque committee, which alleged that the advocate commissioner appointed by the court lacked the authority to film inside the mosque.  The advisory board accused him of bias and requested his replacement.  On May 12, the court ordered the committee to proceed with the survey and submit reports by May 17.