With the rebranding of Facebook into meta, the metaverse has gained quite the attention from tech giants like Microsoft, Roblox Metaverse, and Nvidia Omniverse with a market opportunity that might reach up to $800 billion by the year 2024.

According to most people, metaverse just might be the new evolution of the internet – Web 3 or Web 3.0. This is owing to the fact that the metaverse is a virtual reality that is perceived on a person-to-person basis. It means different things to different people so much so that the thin veil between the virtual world and reality has become blurred beyond recognition. 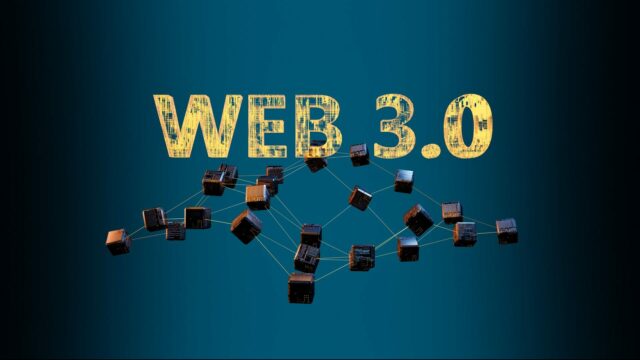 In short, the metaverse is a virtual 3D world where people can interact with each other. However, with Meta evolving every single day, did you ever imagine that the virtuality of this world could spill overboard and at some point, become one with reality?

In layman’s terms, there are certain things that can now be physically felt even while being a part of Virtual Reality owing to what is known as haptic sensations.

What Is A Haptic Sensation?

Haptic is the science of touch. It’s how we interface with the world in many aspects. Technologies that create real-time feedback effects with touch rather than relying only on the sounds from a pair of headphones or images on a screen are known as haptics.

Initially, the idea of haptics originated in the mid-1970s owing to arcade games which were taken a notch further by the amusement parks later on. Eventually, the idea was mostly developed for gaming to provide a more realistic and immersive experience.

However, with the development of technology, haptic devices can now be paired with VR headsets. It began with developing haptic prototype gloves which involved physical actuators to give users a sense of touching or moving around in the virtual world.

However, now owing to the same haptic technology, real-time kissing is finally a thing in the virtual world.

Real-Time Kissing In The Virtual World Is Finally Possible

Today’s consumer virtual reality systems offer limited haptic feedback using vibration motors as a conduit and hand-held controllers. Rendering haptics to other parts of the body is an excruciating task, especially in a manner which is practical in nature and is appealing to the consumer.

The mouth is a rather interesting area as it is second in terms of tactile sensitivity to the fingertips and thus offers a unique opportunity to add fine-grained haptic effects.

However, this one-of-a-kind application that allows people to kiss in real-time in virtual reality has been developed by Carnegie Mellon University’s Future Interfaces Group.

This distinct and unprecedented feature has been achieved with the help of ultrasonic transducers in a virtual reality headset where a person can literally feel the sensation of a kiss on their mouth without having anything cover it.

According to the researchers,

“We built a thin, compact, beamforming array of ultrasonic transducers, which could be integrated into future headsets in a practical and consumer-friendly way. We use this hardware to focus air-borne acoustic energy onto the lips and into the mouth, creating sensations such as taps and continuous vibrations, which we can also animate along arbitrary 3D paths.”

However, the researchers also added that the effect is not just limited to the lips but to the entirety of the mouth. Apart from the lips, teeth and tongue are the other two important parts of the body in terms of kissing and feeling and the research has that covered too as the effects can be felt on the teeth as well as the tongue. Their claim is backed by the graphical feedback which they propose when synchronized with can provide a realistic, convincing, and immersive experience.

“While in-air haptics using ultrasonic phased arrays is not new, we are the first to integrate the technology into a headset for use on the mouth and explore the rich application space.”

Not only is this application unique but also is a game-changer in the technological field. It leaves more room for exploration with regards to a full-body virtual reality sensation owing to haptic technology.

From building offices in metaverse to creating a never thought VR headset that allows people to kiss, there is no stopping the field of technology from branching out and taking us on journeys never dreamt of.

Well, as Lewis Carol’s Alice had once said,

Will Tesla’s Rumored Smartphone Be Functional On Mars Too?