There is definitely a buzz of anticipation in the air as some movies are nearing their release date. Bollywood is in a full steam-power mode right now with promotions and campaigns being carried out to bring the audiences back together and get the hype around certain films going.

One of them would certainly be the film Jug Jugg Jeeyo which is nearing its release date and already social media is filled with references to the ‘Jug Jugg Jeeyo era’ and fans fawning over the entertaining and cute videos and posts that the cast keeps sharing from the making of the film or just hanging out together.

Today the posters of the film were launched and they certainly seem to be creating a very happy and fun atmosphere for the movie.

Neetu Kapoor sharing the poster on her Instagram wrote “What’s a family reunion without some nok jhok and surprises! I am so excited to invite you to the family reunion of my crazy parivaar. From mine to yours.”

Take a look at some of the posters that have come out.

Kiara Advani also posted the posters on her social media writing “Ladies and gentlemen, my parivaar. Are you ready for a family reunion unlike ever before? Surprises, chaos, masti, emotions – you get a bit of everything with us! Jug Jugg Jeeyo in cinemas near you on 24th June.” 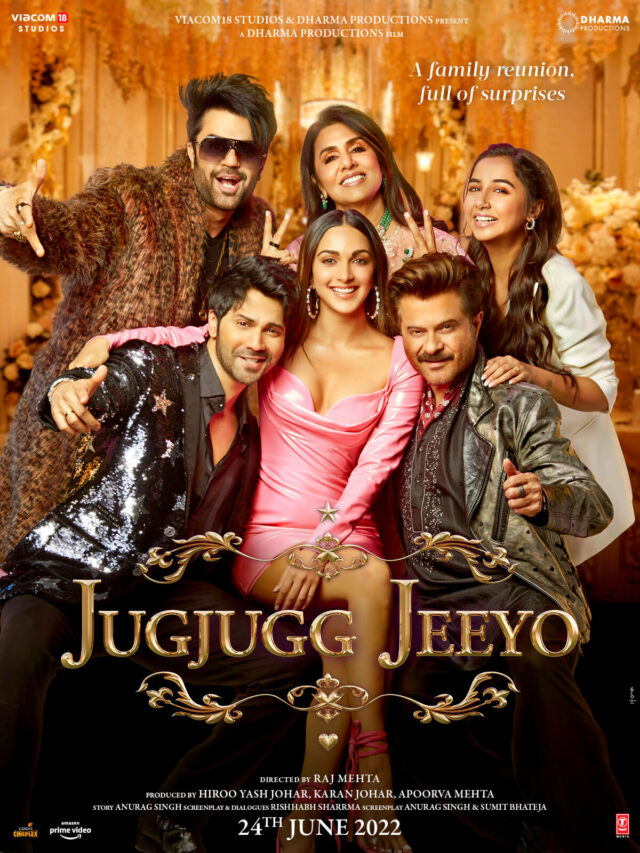 One thing that was noticed from these posters was the slightly nostalgic K3G (Kabhie Khushi Kabhi Gham) vibes. While these posters are certainly more lively and fun-looking, the whole family drama-style film is bringing back memories from that film.

Online comments also seem to be looking forward to this kind of big, commercial-style family drama film after the slew of extremely action-heavy, dark and grim movies or those epic trilogy movies that have been commanding the box office lately.