On Wednesday, the Delhi High Court issued a split verdict on a series of petitions challenging the exception to Section 375 of the Indian Penal Code, which makes marital rape a non-criminal violation.

What Is Marital Rape? 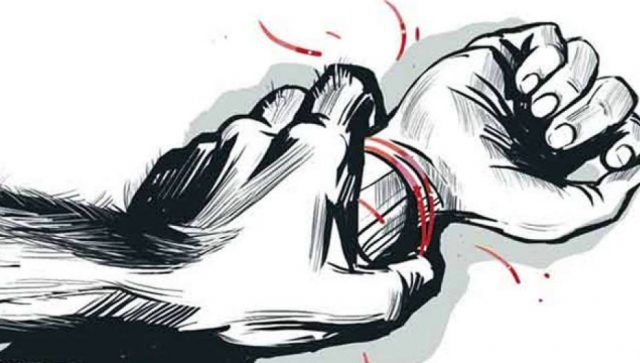 Rape is a form of sexual assault in which a person is subjected to sexual intercourse or other forms of sexual penetration without their consent. The act of sexual intercourse with one’s spouse without the consent of the spouse is thus known as marital rape or spousal rape. The absence of permission is the most important factor, and it does not have to include physical violence. Marital rape falls under the category of domestic violence and sexual abuse.

Why Is It Not Criminalized In India?

Unfortunately, India is still one of the 36 countries in the world that does not consider non-consensual sex with one’s spouse equivalent to that of rape.

The Indian Penal Code, Section 375, defines rape as a criminal offence and includes this asterisked exception. Rape occurs when a man engages in sexual activity with a woman without her consent or when she is a minor. (In India, the legal age of valid consent is 18.) Exception 2 to Section 375, however, exempts unwilling sexual intercourse with a wife over the age of fifteen from this definition of rape, making it legal for men to rape their wives aged 15 and up.

In most countries, rape is rape and it is a crime irrespective of who commits it. So what is holding a rising ‘superpower’ like India back?

A careful examination reveals several factors like an outdated Victorian era IPC, sheer patriarchy and meaningless traditions suppressing a woman’s voice and agency, and a culture where marriage and family, in the dated sense of the words, still hold utmost importance as the foundations of society. 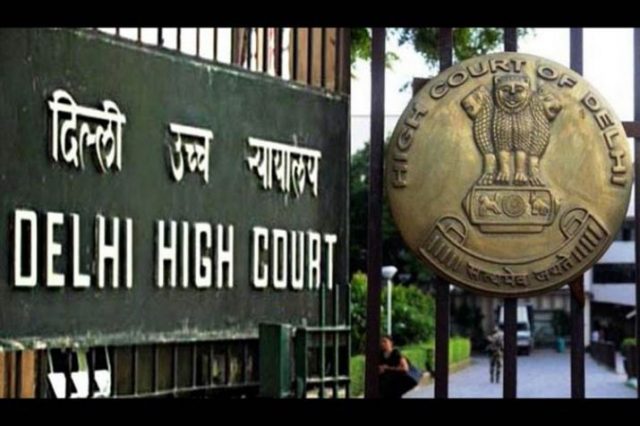 The Delhi High court on February 21, delayed its decision following marathon hearings on petitions submitted in 2015 by the RIT Foundation, the All India Democratic Women’s Association, and two individuals, alleging that the exception discriminated against married women sexually abused by their husbands.

The court refused to grant the Center further time, stating that it was irrelevant. The court stated that it will assess the Center’s position from 2017.

In 2017, the Centre argued that India could not simply follow the West and criminalize marital rape because “many variables” must be considered. The administration informed the court in January that marital rape could not be criminalized until it finished consulting with stakeholders.

The Centre had claimed in a supplementary affidavit filed on February 3, 2022 that the issue of marital rape required a comprehensive solution that included a consultation process with all stakeholders, including the state governments, rather than a strict legal approach.

The court gave the Center two weeks to take a consultation stance on the issue on February 7. However, the Center’s position remained in uncertainty.

While it claimed to be devoted to protecting the liberty, dignity, and rights of every woman, who is the fundamental foundation and pillar of a civilized society, it has also said that the question raised in the petitions “may not be treated merely as a question concerning constitutional validity of a statutory provision as the subject matter has and will have very far reaching socio-legal implications in the country.”

Also Read: 5 Legal Rights Every Indian Woman Must Be Aware Of

What Did The Petitioners Argue?

Senior Attorney Colin Gonsalves, who was representing one of the private persons, claimed that marital rape is the most common type of sexual assault against women that is never recorded, investigated, or studied.

Other petitioners, including the RIT Foundation and the All India Democratic Women’s Association (AIDWA), represented by Advocate Karuna Nundy, argued that the marital rape exception provided under sec. 375 of the Indian Penal Code violates a woman’s right to dignity, personal and sexual autonomy, and her right to self-expression guaranteed by the Indian Constitution.

The provision provides classifications based on the marital status of the victims, such as unmarried women, live-in or divorced partners, married women, and married but separated women, according to the argument that the marital rape exception violates Article 14.

Advocate RK Kapoor, representing the NGO Hridey, filed rejoinder submissions opposing the criminalization of marital rape, arguing that forcible sexual intercourse between a husband and his wife in a marital relationship cannot be labelled as rape and, at worst, can only be referred to as sexual abuse. According to him, the definition of cruelty under the Domestic Violence Act 2005 makes this reality plain. Furthermore, Kapoor claimed that a wife cannot push Parliament to impose a specific punishment on the Husband in order to appease her ego while seeking to outlaw marital rape.

The fact that the petitioners have challenged exception 2 of Section 375, Section 376B of the IPC, and Section 198B of the CrPC shows that they were aware of the existence of specific and special treatment in the legislation based on the existence of marriage, according to Men Welfare Trust’s advocate J Sai Deepak. He went on to say that when the Code, both under the IPC and the Domestic Violence Act, builds an ecosystem based on particular provisions, it proves the existence of a very precise logic and rationale. The exception cannot be deemed “manifestly arbitrary” or “capricious” in order to render it unconstitutional under Article 14.

It was argued that the legislature and government have the authority to conduct social experiments that courts cannot interfere with because they are unconstitutional.

Senior Advocate Rajshekhar Rao, who is participating as an amicus curiae in the case, stated that a rape is a rape and that no amount of categorization or “legal juggling” can change that fact. Rao stated this while claiming that if the male is not the spouse, the lady has the right to prosecute him for rape. If the man was her spouse, however, she would not be able to declare it a rape. Rao principally argued for the legitimacy of the exception in terms of the requirements set forth in Articles 14 and 21 of the Indian Constitution. He argued that rape or non-consensual sexual intercourse is repulsive and inherently infringes on a woman’s fundamental right to life and liberty under Article 21.

Rao went on to say that such an act is not only against the victim, but also against society as a whole, and that it violates a woman’s right to equality, dignity, bodily integrity, personal and sexual autonomy, bodily and decisional privacy, and reproductive choices. He argued that the exception decriminalizes such non-consensual intercourse between a husband and his wife, making it illegal. Rao stated that categorizing the right to prosecute a man based on his relationship/marriage is arbitrary and violates Article 14 of the Constitution.

Senior Advocate Rebecca John contended that in the exceptions to Section 375 IPC, “consent” is an underlying condition, and that the second exemption, which deals with married sex, is likewise dependent on consent. She had claimed that excluding consent from the second exception would result in absurdity. She also stated that in a marriage, a husband’s anticipation of sexual interactions cannot lead to forceful sex with his wife.

Other provisions under other statutes, such as Sections 498A and 304B of the Indian Penal Code, the Domestic Violence Act, and other civil remedies, according to John, are insufficient to deal with the offence of rape under Sec. 375 in the case of a wife alleging rape by her husband. She went on to say that while certain elements of the base offense may exist, each offense must be punished individually because there is no express similarity between the provisions in question and Section 375 of the IPC.

What Did The Delhi Government Argue?

The Delhi Government argued that the exception to Section 375 of the IPC dealing to the non-criminalization of marital rape did not render a married woman helpless in the face of her husband’s forced sexual intercourse. Advocate Nandita Rao argued that the exemption does not oblige a wife to have sexual relations with her husband and that in such cases, she has the option of divorce, as well as other criminal law remedies.

A bench of Justice Rajiv Shakdher and Justice C Hari Shankar handed down the decision after reserving the orders on February 21. Both justices granted certification to appeal to the Supreme Court, citing major legal issues.

Justice Rajiv Shakdher held the exemption of the spouse from the crime of marital rape unconstitutional. As a result, he struck down Exception 2 of the 375, 376B IPC as a violation of Article 14 which guarantees equality in terms of legal protection.

“As far as I am concerned, the impugned provisions in section 375 and section 376 (B) so far as they concern a husband having intercourse with his wife without consent… are violative of Articles 14, 15, 19(1) (A) and 21 of the Constitution and are hence struck down.”

Justice C Hari Shankar, on the other hand, stated that he does not concur with Justice Shakdher. Exception 2 to Section 375 does not violate the Constitution, according to Justice Harisankar, and is founded on an intelligible differentia.

“There is no support available, either statutory or precedential that every act of non-consensual sex by a man on his wife is rape. The impugned provision does not violate Article 14, but is based on an intelligible differentia having a rationale nexus… The impugned exception (375) does not violate article 21, 19(1)A… it cannot be called unconstitutional and therefore can exist… and, in such circumstances, the court cannot substitute its subjective values… for the view of the democratic elected legislature. I am of the considered opinion that the challenge of the petitioner cannot sustain.”

Both justices said the issue contains a constitutional concern and allowed the parties to appeal to the Supreme Court.

Other Recommendations: ResearchED: What Are The Controversies Regarding Vivek Agnihotri’s “The Kashmir Files”?