It is not every day that you wake up and see the sky changed to some other colour besides blue/light blue. Sure there might be instances like right before rains where it might be more grey and of course, at night it’s a dark blue.

But can someone count how many times we’ve seen a purple sky? Or a green sky? Or a fluorescent coloured sky? Well, one city in China got shocked when they recently experienced their sky turning a spooky red.

The images and videos of this sky quickly went viral on the internet with people coming up with some pretty crazy speculations on why this happened and even just getting plain scared of the sky taking on such a creepy colour.

This weekend the eastern port city of Zhoushan in China saw its sky turning red for a brief period of time. Some people worried that this was the signal of a terrible weather phenomenon happening while some thought that this was the result of a possible fire.

There were even some who came up with some crazier theories of how this was the onset of the Apocalypse or perhaps the fictional character of the Scarlet Witch from the Marvel movies had something to do with this.

The character a superhero with magical abilities is associated with the red colour and her magic also comes out in red bolts.

However, as per sources, this is nothing to get too scared over since it seems to be just due to lights getting refracted. According to the Zhoushan Meteorological Bureau, this red sky was caused due to lights refracted from boats in the local area to the low clouds that were present.

The bureau stated that “When weather conditions are good, more water in the atmosphere forms aerosols which refract and scatter the light of fishing boats and create the red sky seen by the public.”

The China Aquatic Products Zhoushan Marine Fisheries Co as per a report by Global Times stated that a fishing boast that was harvesting Pacific saury fishes could have caused this phenomenon from happening.

Authorities in the area also settled any fears of a fire spreading and causing this. Experts also stated that the weather in the port city only further enhanced the phenomenon and helped the refraction be even more clear and heavy as Zhoushan sky was cloudy due to a drizzle. 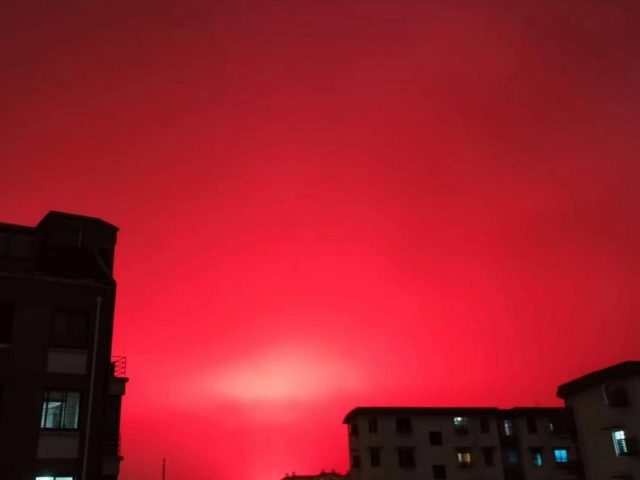 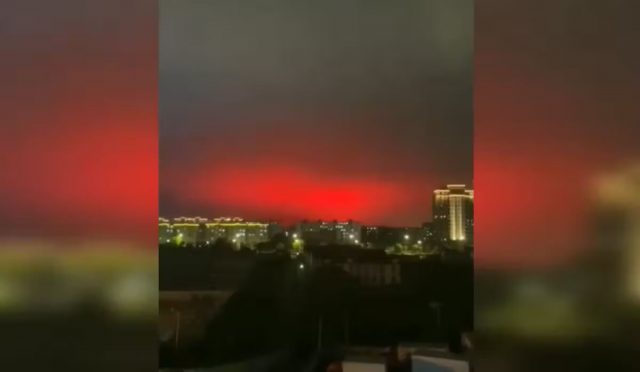 Read More: 8 Times Animals Were So Smart That Even Humans Can Be Put To Shame 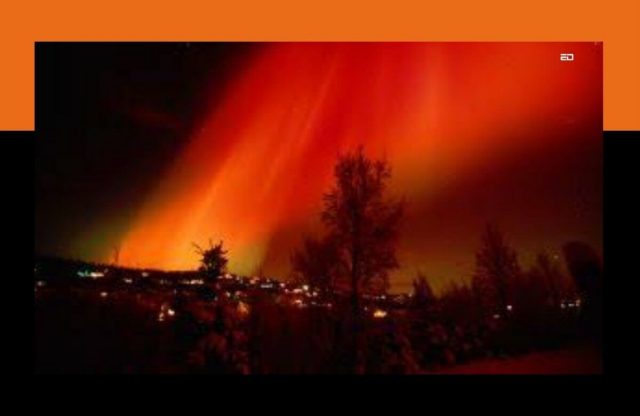 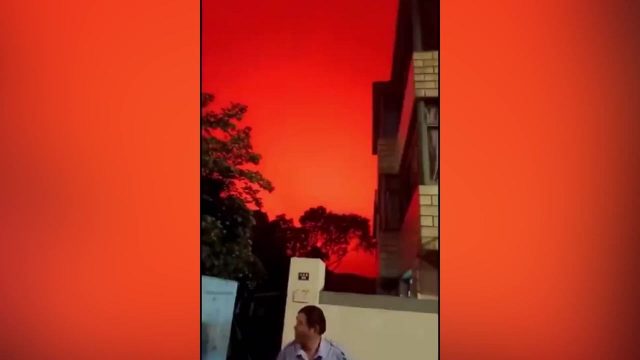 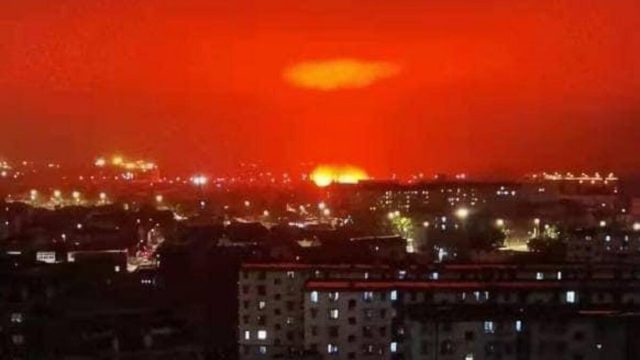 This certainly looks extremely spooky no matter what way science explains it. Let us know in the comments below what your first thought would be if something like this happened in your city.

Watch: This Roller Coaster Of Death Is Designed To Control Overpopulation In The Future By Offering One Last Thrill