Cameos You Did Not See Coming In Dr. Strange In The Multiverse Of Madness

It has been a while since any of us have recovered from riding the wave of nostalgia in Spiderman: No Way Home. With our hearts still healing from watching three eras of Spiderman come together, Marvel is back with yet another blockbuster.

With the most awaited movie out this year on 6th May 2022, the movies have been thronging with people as nobody can keep calm anymore. Yes, Dr. Strange In The Multiverse Of Madness is finally out with a whopping $27.2 million dollars on its very first day of release. 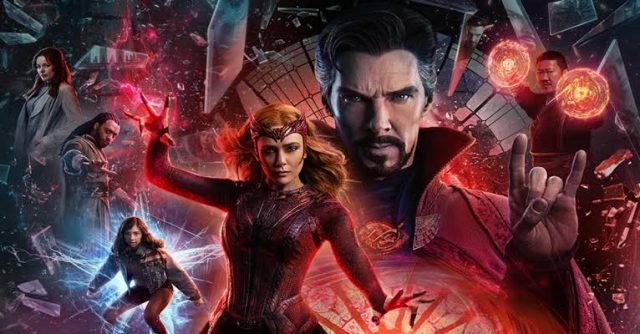 However, what completely blew these marvel fanatics off their feet, was the cameos. Trust me when I say this, none of us saw it coming. We shall take a look at these cameos but before that lets venture into a little about what Dr. Strange In Multiverse of Madness is about.

Dr. Strange In The Multiverse Of Madness

To get a grip of what the movie is about, you must have knowledge regarding Wanda Vision and Spiderman: No Way Home. Both these movies are the manifestations of the basic infrastructure of Dr. Strange in the Multiverse of Madness.

Spiderman: No Way Home ends with the sky splitting when Dr. Strange casts a forbidden spell to make everybody forget about Peter Parker. This particular spell cracks the universe and we can see multiple universes trying to collide with Dr. Strange’s. The spell opened a portal to the multiverse.

In the finale of Wanda Vision, we are all left with our mouths agape (those who haven’t read the comics) as we learn that Wanda is the Scarlet Witch. Wanda’s exposure to the Mind Stone as shown in the series amplified the powers she was unaware she already possessed.

As the Scarlet Witch, Wanda has had the ability to use Chaos Magic since birth. It is the most powerful and darkest form of magic – more powerful than the ones possessed by the Sorcerer Supreme – as the ones who possess it, can rewrite reality itself.

Now that we’ve provided a little bit of context, the movie begins with Dr. Strange and Wong – the sorcerer supreme – trying to save a teenager named America Chavez who has the ability to travel the multiverse from multidimensional demons deployed by none other than the Scarlet Witch herself.

The Cameos Nobody Saw Coming

Without giving much away, let me just say that the dizzying array of other surprise cameos not only provides several whistle-worthy moments in the theater but also gel in well with the narrative structure.

Although most of us had gotten a hint from the trailer owing to his distinctive vocals when he says “we should tell him the truth,” we were not quite sure whether it was Professor X. However, the movie confirmed it. When Dr. Strange and America were running from the Scarlet Witch, they landed in a universe where Patrick Stewart, that is, Professor X was a member of a high-profile council that decided the fate of every otherworldly thing.

Reed Richards also known as Mr. Fantastic is a member of the Fantastic 4 franchise in Marvel. He is a genius scientist with the ability to stretch his entire body owing to a cosmic anomaly. However, what nobody saw coming was Mr. Fantastic in the Dr. Strange 2 movie. John Kransinski played the role of Reed Richards.

However, this Reed Richards is the Earth-838’s Mr. Fantastic. We are not yet sure whether he is the final one to claim the title or not.

We have already been introduced to Captain Peggy Carter in the first episode of the animated television series – What If. But what we did not expect was her cameo in the movie itself.

With an expert skill set in espionage and combat, Agent Margaret “Peggy” Carter has been an asset to both S.H.I.E.L.D. and the former French Resistance. However, in Earth 838, Peggy Carter is Captain America – world’s first superhero instead of Steven Rogers.

For the novices, Black Bolt is a rather underrated and lesser-known superhero of Marvel who can be found in the television series – Inhumans. Black Bolt is the ruler of Attilan, and a member of the Inhumans – a reclusive race of genetically altered superhumans.

Black Bolt’s signature power is his voice, as his electron-harnessing ability is linked to the speech center of his brain. Speaking triggers a massive disturbance in the form of a highly destructive shockwave capable of leveling a city.

Watching Anson Mount claim the character of Black Bolt after 5 years was certainly a treat to watch.

As the movie trailer kept on flirting with the possibility of the existence of a group that is unusually enlightened, we find that it is actually very true. The fate and protection of Earth 838 happen to be in the hands of the Illuminati. In the movie, the Illuminati comprises of Baron Mordo, who in this reality is the Sorcerer Supreme, Professor Charles Xavier – the head of the Illuminati, Mr. Fantastic, and Captain Marvel – who in this universe is none other than Maria Rambeau, Black Bolt, and Captain Carter.

However, all of this takes place in an alternate universe whereas the true and primary reality of MCU is Earth 616.

Doctor Strange’s second stand-alone movie is a fitting addition to Marvel’s darker, murkier Phase 4 where we get to explore the inner psyche of our heroes at a deeper level and is more reliant on its performance than on being spectacle-driven.