Seems like shooting for magazine covers is Janhvi Kapoor’s favourite pastime. The actress has a new one ready every month and this time it’s for Khush. This would be her second association with Khush magazine and this time, the Dhadak actress is decked up in all Tarun Tahiliani attires. Now when we say Tarun Tahiliani, one would obviously start imagining all the ethnic pieces woven with rich embroideries and dreamy palettes. Well, you aren’t wrong! Janhvi Kapoor’s Saying ‘Hello’ in Her ‘Yellow’ Co-ord Set and It’s Beautiful (View Pics).

Janhvi Kapoor has turned into a muse for designer Tarun Tahilaini with her new photoshoot. She’s dressed impeccably in his most recent bridal couture that has a mix of both – subtle and dark colour palettes filled with heavy embroidery. The Roohi actress is posing in vintage-inspired pictures and her calm expressions are doing all the talking. From a heavy bridal lehenga inspiration to going easy with an indo-western drape, Tarun’s new collection is heaven for all the brides-to-be. Let’s check out some of its pictures from Janhvi’s new photoshoot.

Earlier Janhvi Kapoor was decked up in all Abhinav Mishra designs for one of Khush magazine’s previous issues. While she looked delightful then, she looked even more pleasing and appealing this time around. Probably, that’s how Tarun weaves magic with his work! Fashion Faceoff: Janhvi Kapoor or Neha Dhupia, Who Wore this Black Kaftan Better? 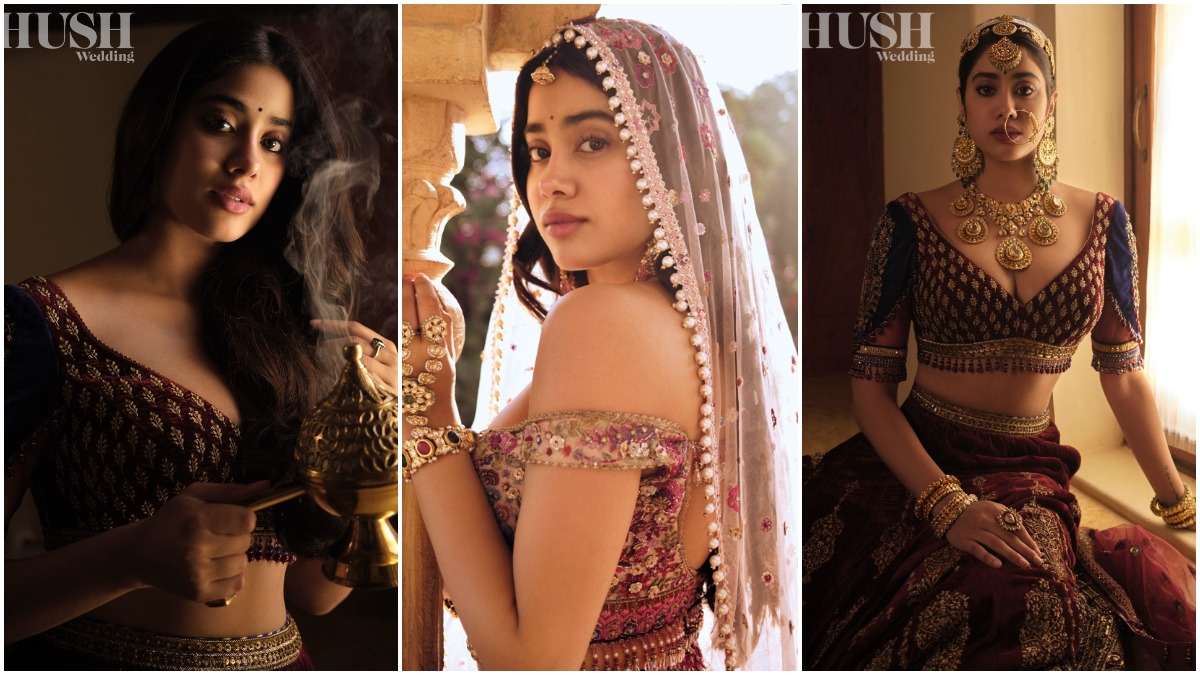 Coming to Janhvi Kapoor’s work life, the actress will be next seen in Aanand L Rai’s Good Luck Jerry. Next, she also has Mili, Mr and Mrs Mahi, and Bawaal in the pipeline.

(The above story first appeared on LatestLY on Apr 22, 2022 01:59 PM IST. For more news and updates on politics, world, sports, entertainment and lifestyle, log on to our website latestly.com).