Microplastics have been identified in human blood for the first time, raising concerns that the omnipresent particles are also making their way into organs.

The virtually undetectable plastic fragments have already been discovered almost everywhere else on Earth, from the deepest oceans to the highest peaks, as well as in the air, soil, and food chain. 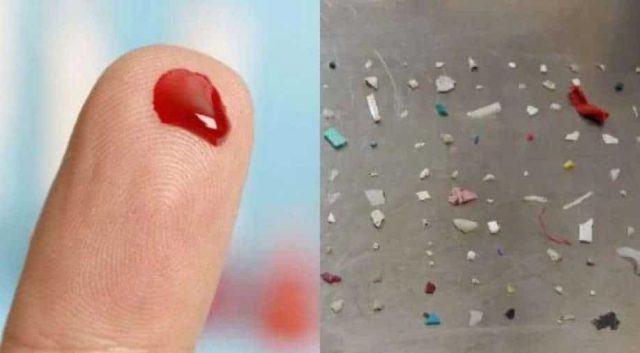 Microplastics are plastic fragments with a diameter of less than five millimeters.

Microplastics can arise by breaking away from bigger polymers that have fragmented over time, such as tyre debris. Others, such as cosmetic microbeads used in facial washes, have been purposefully made minuscule.

Cosmetics, detergents, paints, medications, nappies, insecticides, and the list goes on are just a few examples of consumer and commercial items that include microplastics.

These microscopic particles end up polluting our surroundings over time.

What Do Studies Have To Say?

Microplastics were discovered in nearly 80% of blood samples from 22 anonymous, healthy participants, according to a Dutch study published in the Environment International Journal on Thursday.The Netherlands Organization for Health Research and Development, as well as Common Seas, a UK-based organization dedicated to eliminating plastic pollution, supported the research.

Also Read: Do We Need A COVID-19 Vaccine Every Year?

“This is the first time we have actually been able to detect and quantify such microplastics in human blood,” said ecotoxicologist Dick Vethaak.

“This is proof that we have plastics in our body — and we shouldn’t,” he told AFP, adding that more research is needed to see how it affects people’s health.

“Where is it going in your body? Can it be eliminated? Excreted? Or is it retained in certain organs, accumulating maybe, or is it even able to pass the blood-brain barrier?”

According to the study, microplastics might have entered the body by a variety of means, including air, water, and food, as well as toothpastes, lip glosses, and tattoo ink.

Vethaak also suggested that there could be additional types of microplastics in blood that his study missed, such as particles larger than the diameter of the needle used to draw the sample.

Polypropylene, Polystyrene, Polymethyl Methacrylate, Polyethylene, and Polyethylene Terephthalate were among the five plastics tested in the blood samples of these 22 patients (PET).

The researchers were taken aback when they discovered that 17 of the 22 blood donors had a detectable amount of plastic particles in their blood.

After PET, polystyrene was the second most prevalent plastic identified in human blood samples. This type of plastic is commonly employed in the manufacture of a wide range of home items.

Polyethylene, which is used to make plastic carrier bags, was the third type of plastic discovered in blood by scientists.

Polyethylene Terephthalate was discovered in the blood of 50% of those examined, according to the study. Polystyrene was found in the bloodstream of one of the participants.

What Are Its Impacts?

Microplastics are incredibly persistent, which makes removing them from the environment where they accumulate nearly impossible. Studies reveal that because of their persistence and the chemicals they are formed of, they can be extremely harmful to the species they come into contact with, causing reduced feeding, poisoning, and increased death. They also tend to make it easier for toxins to go up the food chain, potentially putting human health at risk.

According to a study, microplastics cause damage to human cells in the laboratory at levels that are known to be consumed by humans through their food.

Cell death and allergic reactions were among the side effects, and the study is the first to indicate that this occurs at levels that are relevant to human exposure. However, because it is unknown how long microplastics stay in the body before being expelled, the health effects on humans are unknown.

“Harmful effects on cells are in many cases the initiating event for health effects,” said Evangelos Danopoulos, of Hull York Medical School, UK. “We should be concerned. Right now, there isn’t really a way to protect ourselves.”

According to Danopoulos, research on the health effects of microplastics is rapidly increasing: “It is exploding and for good reason. We are exposed to these particles every day: we’re eating them, we’re inhaling them. And we don’t really know how they react with our bodies once they are in.”

Future study could help identify and avoid the most contaminated foods, but the ultimate solution, he said, was to limit the loss of plastic waste: “Once the plastic is in the environment, we can’t really get it out.” 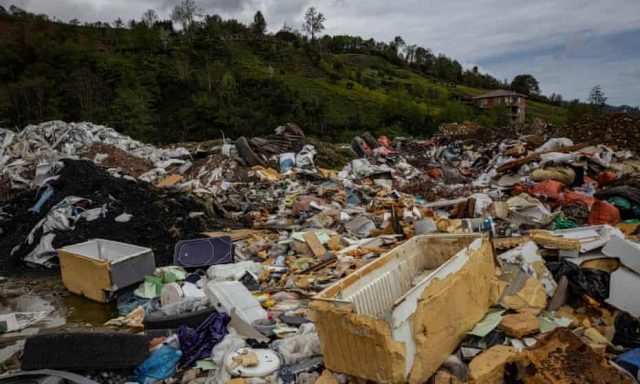 Sources: The Hindu, The Guardian +more

Read More: What Is The Link Between COVID-19 And Vitamin-D Levels?