It has been almost 2 years since the acting industry lost a big talent in Sushant Singh Rajput’s tragic death. However, since that unfortunate day, fans of the Bollywood actor and several others have been keeping a consistent demand that his death not a suicide as several reports and sources said it was and that he had been murdered.

Practically every single day since SSR’s death, Twitter has constantly had at least one hashtag or phrase trending in regards to this case. People and fans have made social media pages and profiles specifically to put pressure on the CBI and other investigative authorities of the country to look into the matter.

The death of SSR’s former manager, Disha Salian, just a few days before his own death have often been connected and for Salian people have a firm belief that everything is not as clear as it is being made out to be.

Now, in the latest news Disha Salian’s parents have reached out with a letter to President Ram Nath Kovind seeking justice for the death of their daughter and that certain political people were maligning her name.

What Did Disha Salian’s Parents Say In The Letter?

On Friday Disha’s parents wrote to President Kovind that they were being harassed constantly and their lives had been made miserable ever since they lost their daughter in 2020.

In the letter, they also asked that action should be taken against Union Minister Narayan Rane and his MLA son Nitesh Rane for defamation of their daughter and name.

Disha’s father in the letter wrote that “We (me and my wife) have appealed to the important people of this country to stop the politicians from maligning our daughter’s name. We have also sent the same petition to Hon’ble Prime Minister Shri Narendra Modi, Home Minister Shri Amit Shah, Chief Minister of Maharashtra Shri Uddhav Thackeray, Leader of Opposition Shri Devendra Fadnavis, Chief Justice of Mumbai High Court.”

Read More: Where Does The Blame Lie When 86% Of India’s Supported The Implementation Of The 3 Repealed Farm Laws?

He also stated that ”Some people active on social media started connecting her death with the subsequent episode of the death of actor Sushant Singh Rajpoot and started spreading imaginary and factually incorrect information on social media and on news channels.

Some politicians like Narayan Rane and Nitesh Rane jumped into the issue because of rivalry with Aaditya Thackeray and Uddhav Thackeray to settle their personal scores, dragged us into their political battle and have made our lives miserable.” 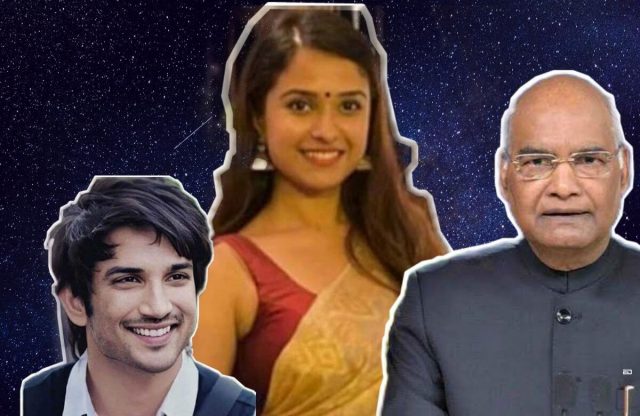 They also rubbished the rape rumours that they specifically pointed out were being spread by Narayan Rane and his son Nitesh Rane. They said that “As we were aware and also confirmed later with her friends that Disha had not come out of the flat since 4th of June 2020. The CCTV installed in that building will disclose the said fact.

However, Narayan Rane and Nitesh Rane kept on saying that some persons entered the flat and raped Disha. We find it very offensive and we had to hide our faces from society. Both of us couldn’t grieve in peace and have been deeply hurt by these people and their baseless, insulting, unfounded character assassination of our daughter.”