Certain marketing campaigns go down in history due to how amazing they were. Somehow they still manage to retain a hint of evergreen-ness to them, where even after years and years of them having come out, people still quote them and like to watch them over and over again.

However, at the same time, those are few and far in between, with not every marketing stunt seeing the same kind of popularity, but instead backfiring pretty massively.

Something similar happened with Ola and their latest marketing ad campaign, which they probably thought would incite a chuckle from their customers and make people actually use their services.

Instead what ended up happening was that the cab aggregator service got on the wrong side of their users.

What Happened With Ola?

Recently Ola carried out a marketing ad to promote some discounts going on for one of their services. In order to do this, they created a notification campaign for their users where they would get one from Ola but instead of it being from the company itself, it would like as if someone had missed call notification.

The notification read: “8 missed calls from mom” but right underneath was written that “she wanted to tell you that there’s 40 percent off on fruits and veggies at Ola Dash. She also wants you to stop eating bahar ka khana (outside food) so much.” 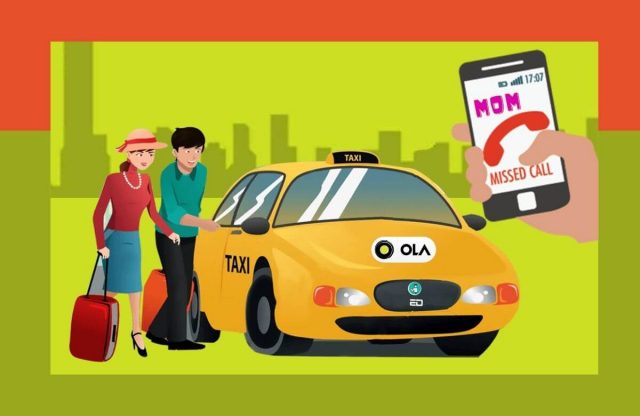 Read More: This Startup Delivers Groceries In Just 10 Mins, Faster Than A Cab

Understandably, many people posted about this ad online and they were not happy with it at all.

Calling it a ‘terrible clickbait’ and ‘traumatizing’ people were not happy with getting such a notification. Some said they got worried about their mothers thinking that there had been some emergency or something happened to their mother, while others got scared thinking they’d missed so many calls from their mother and the scolding they’d have to bear through now.

'8 missed calls from mom', followed by a 40% off promo!
This is a terrible clickbait by Ola.
Pic via @kartik679 on LinkedIn. pic.twitter.com/QBzIF86510

How fair is it!
I asked my mom about this whether she called me or not. I worried a lot before talking to her. Please don’t repeat these cheap trips. Do promotions in professional manner @Olacabs @bhash #Ola pic.twitter.com/iQhBNpfDhN

What the hell? @Olacabs What kind of marketing is this?

I love new marketing ideas. I enjoy them. But this is not the right way to go about it. pic.twitter.com/RLAKC9oxPR

8 missed calls from your mom

What do you all think? Was this marketing ad really that bad? Should Ola have thought twice about how it would be received, or is a mountain being made out of a mole-hill? Let us know in the comments section below.