Fake Friendly Fridays is a section where we pick a famous personality and throw fake questions at him/her and in return, we receive fake answers. Why should you not take it seriously? Because it is fake.

If you still didn’t get it: This is a fake interview written purely on the basis of the author’s imagination of how the actual interview would have been if we got the chance to interview these famous (some, for all the wrong reasons) personalities in real life. In short, just have a good laugh!

ED: Today, the stage will be set on fire for we have a very special guest at ED Times. We just hope that the stage is not set on fire literally, as this guest is very much capable of doing that. After all, he has set one whole country on fire.

Please put your hands together (in prayer) for Vladimir Putin.

ED: Thank you so much for finding time for this interview from your busy schedule. We know it must be hard to appear for an interview in the midst of killing people.

Putin: Well, it is not like I take a sword in my hand and slit their throats myself. I just give the orders you see. My work is not as hard as people think. Zelensky is stupid, leading his army himself. He should learn something from me.

ED: Or maybe you can learn something from him.

ED (fearing for her life): Comedy, I mean. He used to be a comedian, right? You should try that sometime.

Putin: I hate comedy. You already know what I did when people had started thinking of Russia as a joke. Russia is no laughing matter.

ED: But its economy is. Your country’s economy has suffered due to the sanctions imposed on you by the West. Russia’s banks have been exempted from the SWIFT system as well. How do you plan on assuring your country’s financial security?

Putin: Oh you and your capitalist mindset. Money money money! Do you know what’s more important than money?

ED: Innocent people’s lives, which by the way, you have not spared either.

Putin: Oh, don’t be silly. Ukraine coming under Russia’s control is the most important thing.

Read More: In Pics: What Would It Be Like If PM Modi Went On Koffee With Karan

ED: But, Ukraine is an independent country. What right do you have to invade it and threaten its security? 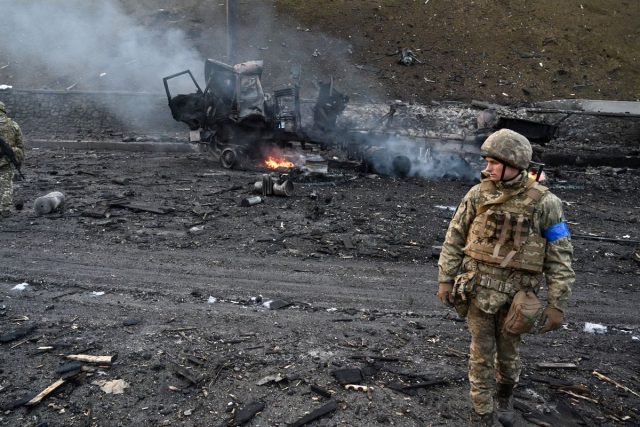 Putin: What about the fact that it was threatening our security by trying to get into NATO? Ukraine got too much taste of freedom and I cannot let it happen under my watch. What do you call it? ‘Parampara, Pratishtha, Anushasan‘

ED: Amitabh Bachchan Ji would be flattered, I see. Anyway, Russia has the biggest nuclear arsenal in the world. Do you plan on using it anytime soon?

Putin: Do I? Well, some things better stay a mystery.

ED: We can only hope that this stays a mystery forever and never becomes a reality. Just one last question. What if Ukraine never bows down?

Putin: What if the sun rises in the West and sets in the East? What if Earth has no gravity? We can go around asking silly questions all day long but unfortunately, I don’t have all day as I need to plan my next attack on Ukraine.

ED: That’s brutally honest. Hopefully, you would be less brutal with Ukraine. Thanks for joining us today.

Fake Friendly Fridays: BTS Talks About Their Visit To India And Takes The Stage