Russia’s fascist invasion of Ukraine has caused widespread rage around the world. “ How can civilised nations undertake military weapons in the 21st century?”, is the shared sentiment amongst people. But what we often forget is that the Israel-Palestinian crisis has been going on for years, thousands of lives have been lost in Yemen while the Taliban takeover of Afghanistan is a living memory. The eurocentric vision of war and humanitarian crisis is predominant against the Third world Nations. 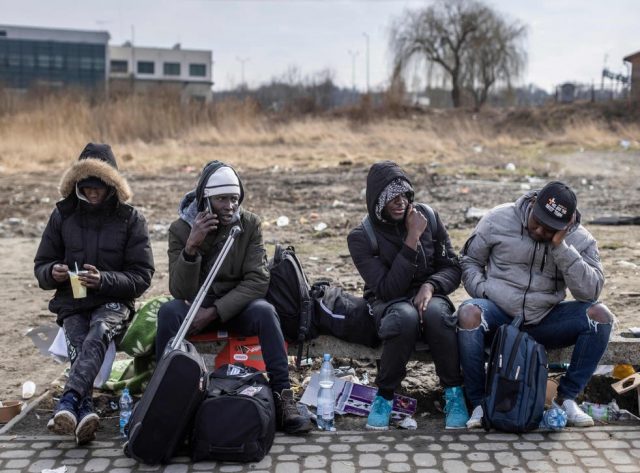 The bureaucracy of western media and politics is observed inviolably during the ongoing Russian-Ukraine crisis when non-white citizens from African and South-Asian nations got pushed to the end of the queue and beaten as they tried to escape in the borders.

Chineye Mbagwu, the Nigerian doctor in a phone interview, said to The Newyork Times that the border guards were letting the Ukrainians pass but not foreigners. She said, “They were beating people up with sticks; they would slap them, beat them and push them to the end of the queue. It was awful.” She was stranded for two days at the Ukraine- Poland border.

The bias is evident from the commentaries of well-known Western media personnel. The difference between “civilised” and “uncivilised” nations is evident when CBS correspondent in Kyiv Charlie D’Agata said, “This isn’t a place, with all due respect, like Iraq or Afghanistan, that has seen conflict raging for decades. You know, this is a relatively civilised, relatively European — I have to choose those words carefully, too — a city where you wouldn’t expect that or hope that it’s going to happen.”

The discourse is never-ending; Al- Jazeera reporter said it was heart-wrenching to see a European nation at war. While Daniel Hannan told to The Telegraph, “They seem so like us. That is what makes it so shocking. War is no longer something visited upon impoverished and remote populations. It can happen to anyone.” 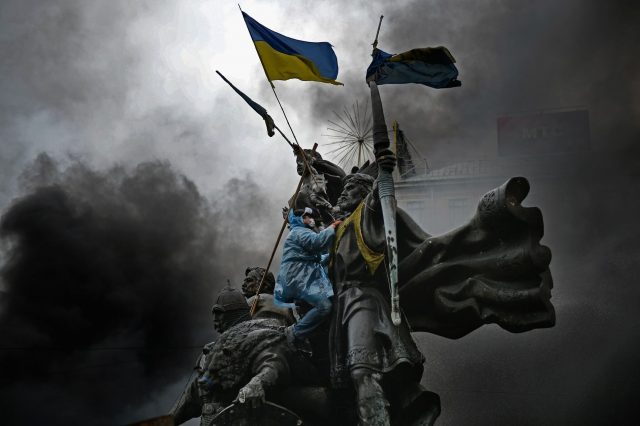 Colonisation and economic imperialism have marginalised developing nations to destitution, cultural degeneration and political hegemony. The difference between “us” and the “them” is palpable when European citizens are perceived as intelligent while others are centred subtly around barbarity and non-intellectualism. There is less question about why such “civilised” nations as America and Russia partake in intervention and military invasion? In the end, peace conventions by the UN cannot work, where the US is a major fund generator.

Philippe Corbe, a journalist from France said, “We’re not talking here about Syrians fleeing the bombing of the Syrian regime backed by Putin, we’re talking about Europeans leaving in cars that look like ours to save their lives.”

Also Read: What Is The SWIFT Blockade And How Will It Affect Russia

The suffering of a white European is being recognized by western media and politicians but at the same time, the unempathetic tendencies to delegitimize the identity and suffering of African, Middle-Eastern and Asian nations are deplorable. Ukrainians descended to the position of refugee overnight, the Bulgarian prime minister commented, “they are educated. … This is not the refugee wave we have been used to, people we were not sure about their identity, people with unclear pasts, who could have been even terrorists.”

The dehumanization of non-white and non-European populations, defining them as terrorists and non-civilized shows the deep-rooted discrimination and supremacy. The fact that major western media professionals are openly shaping public opinion with these distasteful remarks is very problematic. People with “blue eyes and blonde hair” are not a superior race, they do not have the legitimacy to use panopticon surveillance to establish discriminatory norms amongst those at the margins.

War On The Other Side

The Ukraine invasion has increased worldwide food prices and it will hamper poverty-stricken Yemen. Eight million Yemenis will lose humanitarian aid unless urgent funds are provided, as stated by UN officials. Thousands of civilians have been killed and displaced from their native land since the start of the conflict in 2014.

The North and South Yemen came together to form a unified government in 2014, but due to varied differences, the pre-existing civil war continued. In 2014, military violence broke out between Houthi rebels, pioneering Yemen’s Zaidi Shia Muslim minority and the Yemeni government backed by the Saudi-led military coalition.

In 2015, the US logistically supported the Saudi-led nine-nation coalition, to overthrow the Houthi rebels and re-establish the earlier pro-gulf government president Abd-Rabbu Mansour Hadi. But the US military intervention further escalated the conflict, and the UN adopted the policy of silence. Ceasefire proposal was denied by the Houthis in March 2021, while in 2022 the attacks on civilians have increased.

The Israel Palestinian crisis has been present for years, the suffering of the people is indescribable. The normalisation of violence in non-European nations has limited media coverage. When the Taliban took authority in Afghanistan, the immediate rage all over the world was intriguing but as days passed by it has faded.

There is a notion that the people of these conflict zones has already suffered. When Palestinians or Yemenis are hit by a grenade today, the western media is ready to negate their experience and loss. The imposition of the life of “middle class” Ukrainians, people “like them” over people of non-European “uncivilised” nations, is deplorable.

The war creates sudden displacement, loss, fear and anger. No one wants to leave native land overnight, so why is there discrimination on which nations trauma and loss are important over others?

Even the discourse of peace is manipulated for state politics, does the establishment of peace and negotiation demand violence as a necessary measure? Beyond race, terrain and politics, be they Ukrainians, Palestinians, Syrians or Yemenis, no one deserves oppression from fascist power.

In A Real Life LOL Moment, Taliban Calls On Russia To ‘Show Restraint’