What Is The SWIFT Blockade And How Will It Affect Russia

Ukraine’s cities have already suffered a major brunt of the war/invasion as Russia proceeds further into the Ukrainian mainland. As of now, numerous stories have already emerged ranging from scores of Ukrainian citizens arming themselves, to aid in the fight, to a ghost fighter jet defending Ukraine’s skies. It is fairly difficult to evaluate fact from fiction, as the myths pile up one on top of the other.

However, what is not fiction is the absolutely gargantuan economic sanctions placed on Russia. The sanctions have aimed to decimate the entirety of the sizeable Russian economy, however, it has been fairly perceived that the sanctions may not affect them as much as the SWIFT blockade will. The question must strike the entirety of the world as to how an economic move will hurt the already invading country, and much like every other question, it deserves to be answered.

What Is The SWIFT Blockade?

The entirety of the banking sphere works on the pretext of a certain system that ensures rapid transaction and transfer of funds from point A to point B. This system is referred to as the Society for Worldwide Interbank Financial Telecommunication (SWIFT). Essentially, it is a secure messaging system essential for cross-border trade. Suffice to say, that this system forms the backbone of international trade which, eventually, forms the economic stronghold of a country.

As of now, numerous countries have declared that they will be targeting select Russian banks to place the blockade upon. However, as of now, none of the NATO ally states has specified the banks which are to be affected by the blockade. It must be stated, however, that the SWIFT blockade will have extraneous effects on the entirety of global polity and become the unbecoming of Russia. To put matters into perspective, the blockade will result in the affected Russian banks face difficulty initiating transactions even with their allies such as China. This will eventually lead to slow trades and bring about costlier transactions. 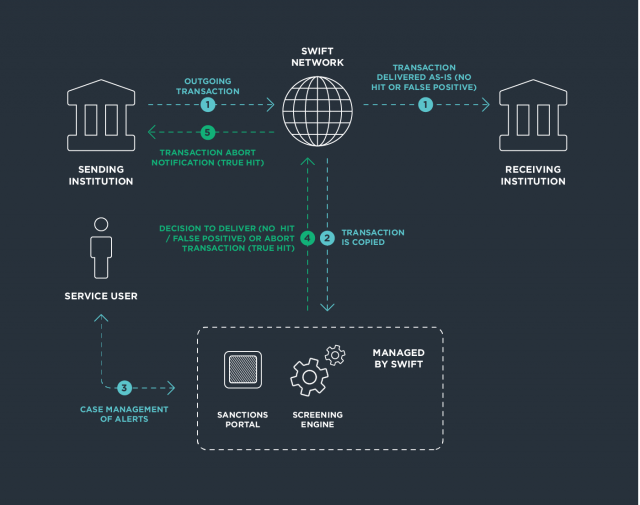 Numerous analysts have stated that the result of the blockade will only have a massive impact on the pretext of the banks selected by the countries. As Edward Fishman, an expert at the Eurasia Center of the Atlantic Council think tank, stated;

“The devil will be in the details. Let’s see which banks they select.”

As elaborated by numerous such experts, it all boils down to the banks the nations are willing to target. Targeting banks such as Sberbank, VTB and Gazprombank, will result in a crushing attack on the Russian financial sphere. However, the sanctioning of specific banks may result in ‘nesting.’ This, essentially, means that owing to such measures, Russian personnel may be inclined to take refuge in non-sanctioned banks and large multinationals to encounter the international market. 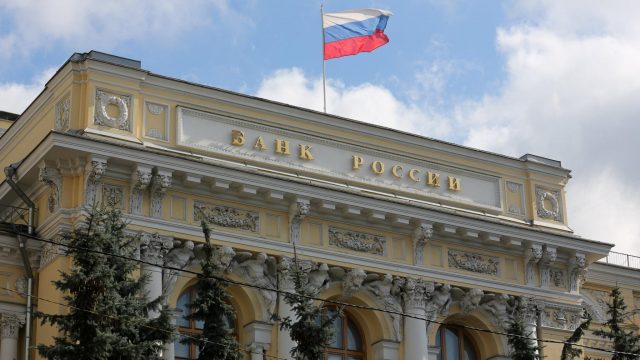 Kim Manchester, the Managing Director of ManchesterCF Financial Intelligence, stated that the development would be a “dagger into the heart of Russian banks.” Elaborating further, he stated that the American President, Joe Biden’s sanctions would be effective in the long run as the selectivity of it still leaves space for fair diplomacy as it does for the imposition of a blanket ban.

Also Read: Which Prices Are Going Through The Roof And What Is Getting Cheaper Due To The Russia-Ukraine Conflict?

How Will It Affect Russia?

It has been estimated that the sanctions may result in the absolute collapse of the Russian economy, and more specifically, the banking system. The said blockade may result in the Russian rouble taking a terrible hit as markets open for the financial week. Furthermore, it has been predicted by Sergey Aleksashenko, a former deputy chairman of the Russian Central Bank, that the scenario will lead to the disappearance of imports to Russia. He further stated;

“This is the end of a significant part of the economy. Half the consumer market is going to disappear. These goods will disappear if payments can’t be made for them.”

These predictions only make it more difficult to side with the Russian Government at the moment. It must be stated, however, that many Russian banks had already introduced an alternative to the SWIFT services in the form of System for Transfer of Financial Messages (SPFS). The SPFS sent around 2 million messages in 2020, and according to the Central Bank, it aims to raise its share to 30% by 2023. However, as of now, most financial transactions and communications still take place through the SWIFT messaging services.

It has been a fact of modern age warfare that it is the side that sways the finances to its whims that actually wins the war. The SWIFT blockade might just be the evidential awakening for countries to leave their nuclear weapons in their warehouses to catch dust, as they strengthen their banking system to the teeth.

In A Real Life LOL Moment, Taliban Calls On Russia To ‘Show Restraint’