LivED It: How I Can Never Idolize Football Players Anymore

Through the history of man’s being on planet Earth, it has almost always been established that athletes have significant influence over society and how it functions. Although it has mostly been through the medium of entertainment that sports was born or garnered said significance, during the course of the same, we have been privy to learning about numerous virtues of life. The spirit of sportsmanship from gladiator battles and football fields has found a fair representation in office spaces as well.

Unfortunately, when we speak of these virtues that we find plenty of on the field, it is a rare find off the pitch where it counts the most. I have been an ardent lover of football from an extremely young age, idolising the greats of the game and yet, through the course of time, I have been let down by most of them. Unfortunately, the Mason Greenwood fiasco became the final nail in the coffin.

What Did Mason Greenwood Do?

Anyone and everyone who has followed football for the past couple of years is aware of the massive waves that Manchester United youngster, Mason Greenwood, had caused. From neighbourhood football pitches to the swanky workplaces of football pundits, everyone was singing his praises. The moment he donned the reds of Manchester United, fans all around knew that the player was destined for great things. His debut for the Red Devils came at a very young age of only 17. Unfortunately, the road would not be as smooth as he would have hoped for.

The previous month marked his undoubted downfall as pictures and voice recordings were released to the public depicting instances of sexual abuse and violence practised by the youngster. The pictures revealed, in explicit detail, the alleged lengths to which Greenwood would go to with the victim to have his way. Owing to tantamount respect to the victim, the identity shall remain undisclosed owing to the amount of pain they have already received. Coupled with the said pictures, what stands as truly heartbreaking are the voice recordings for they are not just of a massive football player forcing their partner into sexual intercourse. It is also a supposed hero being revealed to the world for what he truly is; a monster. 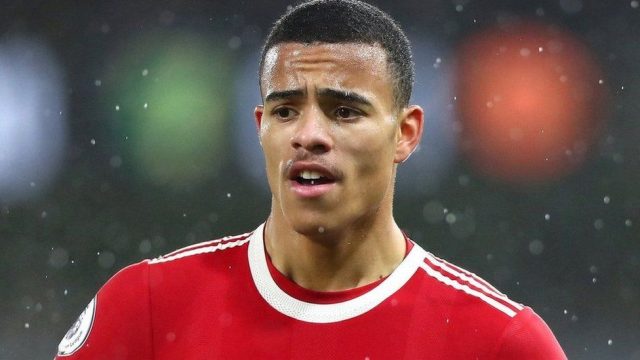 Succeeding these findings, Mason Greenwood, was arrested on the suspicions of rape and assault, alongside suspicions of making threats to kill. The circulation of the purported evidence had made his football club, Manchester United, suspend him from training and play with them, indefinitely, until the case was dropped, or he was declared innocent. Moreover, they also provided the fans with an option to exchange their Greenwood jerseys with any of the other players’ jerseys for free.

As of now, Nike, Greenwood’s sponsor, issued a statement concerning the youngster’s situation stating their concern regarding the allegations. They have effectively cut off their sponsorship deal with Mason Greenwood, as of now. Suffice to say, Greenwood did not just deeply and pervasively traumatize the victim mentally but also, a slew of young football fans who looked up to him as their hero. However, almost all of us have faced such dilemmas when it comes to football.

Also Read: In Pics: Fireball Soccer, An Extreme Version Of Soccer Played During Ramadan Which Includes Some Scary Rituals

Why I Can Never Idolize Footballers Anymore

When this question came to my mind, the first thing that struck me was a certain something that “The Chosen One”, Jose Mourinho, had once said during the course of numerous other colourful sayings. He had said;

“Study hard, become doctor, engineer or teacher. They are the one world needs. Don’t idolize footballers, some of them are pure trash.”

When I think of this, I wonder as to how true it actually is and unfortunately, it is fairly true, especially when we think about the ‘superstars’ of the game. What absolutely breaks my heart while writing this is the amount of hurt it causes the child in me for Cristiano Ronaldo is one of those players that had made me deeply excited about football. I went where he went. As he jumped ship from Manchester United to Real Madrid, I followed. Then, I found out about the fact that this man, whom I had taken for my hero, was a rapist. I am sorry but having an off-court settlement does not make the said person any less of a rapist. It makes them worse, for they knew they could not suffer the brunt of the court.

Even another publicly celebrated and now deceased greats of the game, Deigo Maradona, had been accused of rape. Not once but twice, during the course of a career that saw more charge sheets than the football pitch. Much like most other superstars of the game, he found himself go scott free. The allegations could not be tried owing to the victims, possibly not approaching the police post-incident. Fair to state, sexual abuse has become so incredibly commonplace in the world of football, barely anyone bats their eyelids. They are equally celebrated and their legacy equally praised. Their criminal tendencies remain dumped and disposed of in a trash can of an evidence room.

It is not just about me not being able to idolize footballers anymore, rather, it is about them murdering a person mentally and scarring them for life. It is unfortunate to state that they will never be held accountable for their actions. However, if you are Zouma, you will be held infinitely more accountable than a racist Suarez or a rapist Ronaldo.

Sources: The Guardian, Blogger’s own experience

Who Is The Lone Indian Athlete, Arif Khan Participating In The Beijing Winter Olympics?