Digital Abuse of Women: A New Kind of Hate Ideology 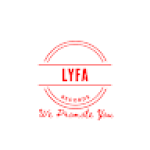 “Eternal vigilance is necessary, not only for liberty but also for liberty enforced by the courts, which is the rule of law of the country.”
Syed Ali Nawaz Zaidi
Associate Professor
Department of Law
AMU., Aligarh
Email: alinawaz20@rediffmail.com

Introduction
The world faces the wrath of pandemic coronavirus, whereas the dawn of 2022 has witnessed a unique, infectious mental disease with dehumanization. Through “Bulli Bae App” Muslim women had been auctioned virtually by tagging their images available on their social media account.
The felt need of recent generations is to demarcate the limits of intervention into the privacy, and private lives of women have done more than even the information technology boom to inspire the analysis of privacy and the moral right to it. Both men and women are vulnerable to unwelcome privacy invasions in cyberspace.
Similar activity has been witnessed in the latter half of 2021, termed “Sulli Deals” in July. The minorities are being targeted in India post-2014 through various legislation, including the controversial Citizenship (Amendment) Act and the Prohibition of Unlawful Religious Conversion Ordinance. On several occasions, the ruling party leaders, directly or indirectly, call for violence against minorities, predominantly Muslim. People swearing in the name of the Constitution are acting against the ethos of the Constitution itself. The lockdown due to the pandemic brought considerable traffic on cyberspace for various economic and non-economic activities. This gives rise to various cybercrimes as well.
In 2021, approximately 5.8 million people registered on GitHub from India, which is an 80 per cent increase in open source contributions. As per the latest data available on NCRB 2020, cybercrimes are increased in India by 0.8 per cent, of which 60.9 per cent of such offences are computer-related offences.
This article discusses the dehumanization activity and legal recourse, and legislative mechanisms to address such issues.
Sulli and Billi Controversy:
In recent years, we have witnessed the rise of Anonymous Social Media accounts abusing minority groups irrespective of gender, caste and creed. The term “Sulli” is a derogatory term for Muslim women used by right-wingers, whereas the “Bulli” is of similar connotation to sulli.
Bulli Bai is a software application that pretends an online auction. However, it is not available on Google Play Store or iOS Store. Instead, it has hosted a code repository and software collaboration platform called GitHub. The app shows photos of more than 100 Muslim women taken from the Internet and pretends to sell them through auctions. A similar app, Sulli Deals, was also hosted on GitHub last year.

GitHub and its Function:
GitHub is the largest code repository platform used by developers, start-ups, and even big technology companies to harness the entire coding community’s efforts to develop an app. Microsoft Corp., Meta Platforms Inc. (Facebook), and Google LLC make their codes available on GitHub for others to use and develop. Microsoft bought GitHub for $7.5 billion in 2018 in one of its most expensive acquisitions ever. The platform also hosts source codes for Google’s Android operating system. Facebook offers the software development kit for Android and iOS apps on GitHub.

Code repositories are meant to help developers worldwide. For instance, developers can download the source code for Android and use it to build their version. A start-up can quickly get codes that would help them add a new feature to their app or service through a code repository. In March, GitHub said India is the fastest-growing countryfor new developers contributing to open-source coding. The same code used to host fake auctions on Bulli Bai could theoretically make a legitimateand valuable auctionapp.

Sulli Deals or Bulli Bai App and the Legal Issue:

The controversy of sulli deals or bulli bai app has encroached the right to equality, right to life and personal liberty and right to privacy. It also violates specific provisions of the Indian Penal Code, 1860 and Information Technology Act, 2000.

With such a large population reliance on social media platforms, major tech companies cannot afford to ignore rapidly evolving issues such as obstreperous buffet of Blatant propaganda, pervasive mishandling of these portals to make viral morphed portrayal of women  and other content that jeopardise is women’s integrity and honour while poses a security threat.

Abuse and libellous comments as well as offensive language have grown increasingly ubiquitous on these platforms. The algorithms of these portals for optimising views and adds frequently failed to discern between valuable and offensive or false information amplifying the latter in a matter of seconds.

Because of these new challenges the Supreme Court of India directed the government, in the Tehseen S. Poonawallav. Union of India and Others., to curb the dissemination of concussive messages and videos on various social media portals that instigate mob lynching and unethical vigilantism.In 2017, the Supreme Court has expressed concern that the government may issue required guidelines to prevent child pornography, rape, gang rape images etc. circulation on various social media portals and other websites.

The Ministry of Electronics and Information Technology published the Information Technology (Intermediary Guidelines and Digital Media Ethics Code) Rules, 2021 in February which will required to be followed by the social media intermediaries within three months from the date of the publication of the said Rules. On 26 May 2021, a subsequent notification addressing all social media intermediaries asking for the details on compliance with the new guidelines has been issued. The IT Rules 2021 aim to empower ordinary users of social media platforms and OTT platforms with a mechanism for redressal and timely resolution of their grievance with the help of a Grievance Redressal Officer (GRO) who should be a resident in India. Particular emphasis has been given to protecting women and children from sexual offences, fake news and other misuses of social media. Under the new rules, OTT platforms would be called ‘publishers of online curated content’. They would have to segregate the content into five groups based on age, and employ parental controls for everyone over the age of 13. For ‘Adult’ content, they should also incorporate age verification procedures.

A three-level grievance redressal mechanism has been mandated. This includes the appointment of a GRO, self-regulatory bodies registered with the Ministry of Information & Broadcasting (hereinafter as MIB) to look after the Code of Ethics and a Charter for the self-regulating bodies formulated by MIB. Intermediaries must remove or disable content that is harmful to people’s safety or dignity within 24 hours of receiving complaints, according to the rules. The individual or someone acting on his or her behalf can bring such a complaint. The government claims that knowing the “initial originator of information”, commonly known as “traceability”, of messages that incite violence, rioting, terrorism, rape, or a threat to national security comes under justifiable restrictions under the Constitution’s Right to Privacy.
Conclusion:

GitHub has rules against harassment, discrimination, and incitement to violence. It has taken down the app’s hosting, but its hosting feature is not meant for mass distribution. Apps downloaded off GitHub are not finished products and can often have bugs. However, unlike social media, GitHub does not have filtering algorithms.

Regulations may not help stop such incidents, but they can speed up the investigative process. Since many tech firms are based overseas, police have to use the tedious Mutual Legal Assistance Treaty process to get information involving multiple foreign ministries. This is one reason India’s upcoming Data Protection Bill (DPB) insists on storing some data within the country’s borders to be accessed quickly when needed. That said, bills like the DPB are unlikely to stop apps like Bulli Bai in the future.