Oh boy… it has not been a good time for several brands here in India after what all went down. Hyundai, KFC, Pizza Hut, Kai are just a few who have apparently committed some big blunders and are now in the line of the fire with several Indians asking for a boycott to the companies and their products.

On any other given day, the reasons for boycotting anything are pretty trivial as it apparently doesn’t take much to anger certain groups of the country who seem ready to boycott anything at the drop of a hat.

But it seems that this time there might actually be a valid reason for why the people of the country are getting so upset with the brands.

Over the past couple of days Hyundai, KFC, Pizza Hut and Kia have been getting bashed quite a lot in India after their official verified social media accounts from Pakistan made controversial posts showing support with Pakistan in regards to Kashmir.

On February 5th that is also seen by some as ‘Kashmir Solidarity Day’, Hyundai, KFC, and Pizza Hut’s official social media accounts from Pakistan all posted showing their support for the day and siding with Pakistan in the matter. ‘Kashmir Solidarity Day’ is a national holiday celebrated in Pakistan from 2004 where the aim is to observe the country’s support Kashmiri separatists from Indian-administered Jammu and Kashmir who want to secede from India and also give tribute to those who lost their lives in this. 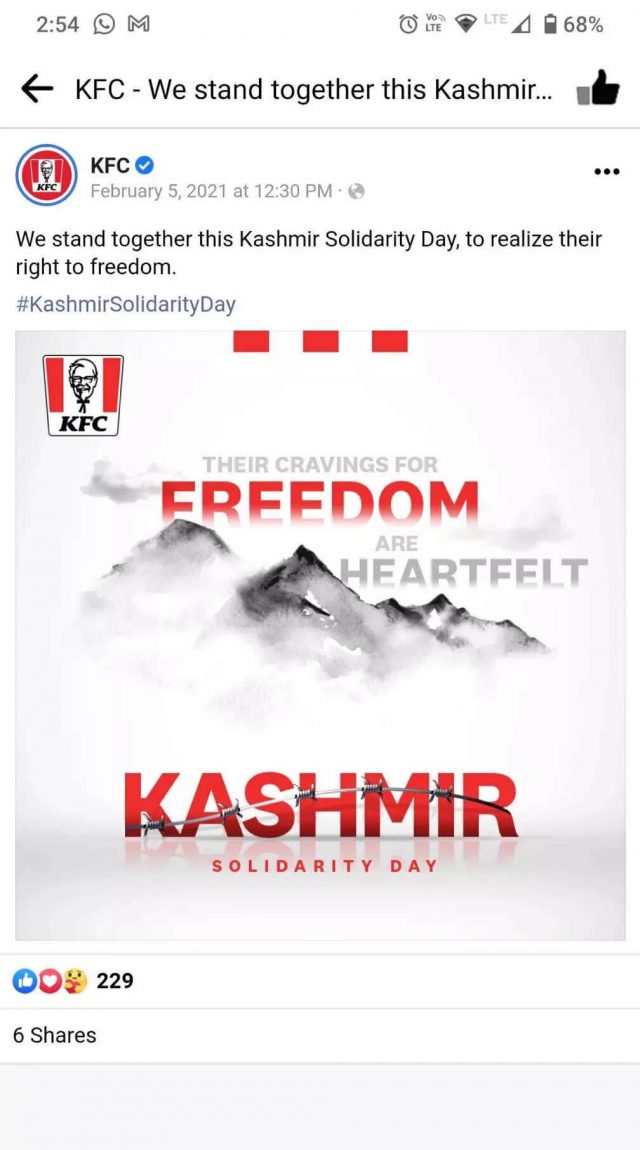 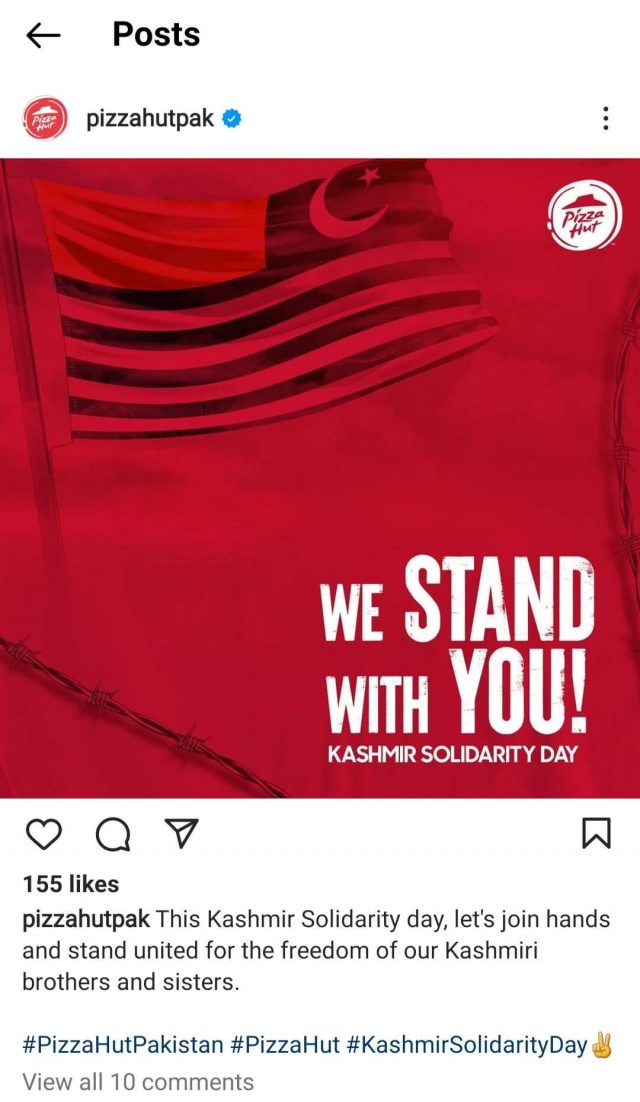 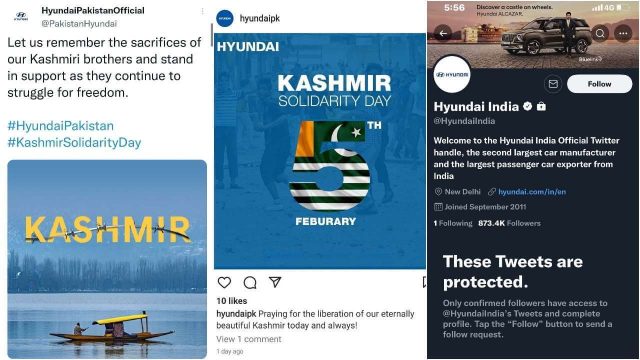 The first such post to go viral was South Korean carmaker Hyundai, whose Pakistani official page shared a post supporting the day. The post was quickly deleted and so were the posts made by Pizza Hut and KFC.

Indians were extremely angry over the political statements being made through these posts and called for all-out boycotts of the brands and instead encouraged people to choose local Indian brands.

Any brand/MNC/org which questions and disrespects territorial sovereignty of our nation MUST NOT be allowed to operate in our country..Period !
Hyundai,Pizza Hut & KFC are promoting terrorism in Kashmir.
Not Acceptable at Any Cost !@PMOIndia @narendramodi @DrSJaishankar pic.twitter.com/CTFLUnt5Ih

I Am Going To .#BoycottPizzaHut

I request all the fellow citizens of India to boycott KFC.
Kashmir is the Integral part of India.
“Hamara tha, Hamara hai, aur hamara he rahega” #BoycottKFC pic.twitter.com/NwCnkUq9Ln

Organised campaign by brands in Pakistan against India. Global brands have always stayed away from Geo-political issues but Hyundai, KFC, PizzaHut have been unwise. Their bosses should have known better, in choosing Pakistan over India. pic.twitter.com/MRCOv135Af

These MNCs like @pizzahut do business worth crores in India but still support Anti-India narrative of Pakistan. You know what you have to do. #BoycottPizzaHut pic.twitter.com/nbdUq2KCiz

Cars Sold by Hyundai Motors in 2021

Yet @Hyundai_Global chose to needle India via its Pakistani Handle. Either they are very stupid and lack business sense or they have hired a very incompetent PR team which led to #BoycottHyundai disaster pic.twitter.com/jProIRNqYi

Convinced a friend to Buy Mahindra Thar instead of Hyundai Elantra.

All such posts have been made from the Pakistan handles of the brands and Hyundai, KFC and Pizza Hut’s Indian handles have already shared an apology for the posts that were shared by the former.

We deeply apologize for a post that was published on some KFC social media channels outside the country. We honour and respect India, and remain steadfast in our commitment to serving all Indians with pride.

“Hyundai Motor India has been committed to Indian market for more than 25 years now and we stand firmly for our strong ethos of respecting nationalism. The unsolicited social media post linking Hyundai Motor India is offending our unparalleled commitment and service to this great country. India is second home to the Hyundai brand and we have zero tolerance policy towards insensitive communication and we strongly condemn any such view. As part of our commitment to India, we will continue our efforts towards the betterment of the country as well as its citizens.”

“It does not condone, support or agree with the contents of a post circulating in social media. We remain steadfast in our commitment to serve all our brothers and sisters with pride.”